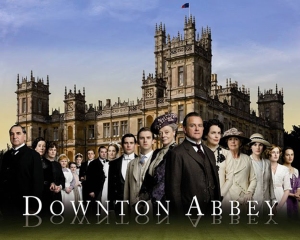 First, let me make one thing very clear: I adore you. I’m coming from a place of love. My favorite bag for the longest time was my canvas tote screen-printed with “What is a weekend?” (I carried my books to the library in it on Saturday mornings.) I firmly believe that Dame Maggie Smith is a god in human form. And I’ve been shipping Sybil and Branson for longer than was reasonable, especially as I continue to do so long after Sybil’s death. So I’m not writing this out of spite, or any deep-seated dislike of English period dramas. (My friends and family can attest to this.)

No, what I’m trying to do is speak to you like I would any friend who has made a terrible, disappointing choice that caused me to seethe in anger for longer than ten minutes. Keeping aggression inside is not healthy or helpful. Consider this my constructive criticism.

Why, why, why did you have to end the second episode of your new season with a melodramatic, completely pointless, vicious and gratuitous rape scene?

No really, why. I want to hear your reason.

It certainly wasn’t to drive forward an existing storyline. The rapist, one Mr. Green, the valet of a passing houseguest, was completely phoned in for this episode. He appears out of nowhere. He doesn’t even get a first name as best as I can remember, and if there’s a less distinct name than “Mr. Green,” please let me know. He seems to have no other purpose other than to seduce Anna and then rape her when she refuses his advances. After which he promptly disappears into the night. He was created to fill the role of Visiting Rapist. So clearly, writing a rape scene for its own sake was your goal.

It also wasn’t to pick up a dragging storyline and spur things along. You have no shortage of drama. You have Edith and Gregson’s (slightly unrealistic, but I’ll go for it) divorce-clandestine-not-secret-romance, you have Lord Grantham’s total inability to cope with anything that happens around him (I could rant about his character too, but that’s not the point), you have Mrs. Crawley’s mourning and you have Thomas Barrow, an enigma unto himself. But none of these have the sensationalism factor of a rape. Sex sells, and violence sells, and when you bring them together you know you’re going to get people talking. There’s a reason I’m not writing a blog post about Branson’s class standing and existential crisis.

Although I would like to. Because that’s my favorite part of the whole show. #TeamBranson.

You might argue, and not without reason, that you’ve leaned towards the dramatic and the violent before. You’ve almost given Mrs. Hughes breast cancer, you’ve had Matthew crash his car into a tree (though really I’m told that was a casting issue with Dan Stevens, so I’ll let it slide), you’ve killed Sybil. You killed my Sybil. But I let that go, because you had narrative work to do there. You were able to humanize Mrs. Hughes in a way that might have been difficult otherwise, and to look into Edwardian and Georgian medical practices, which the dork in me liked. You were able to deal with the issues of primogeniture and patriarchy in the estate system while having Mary navigate the aftermath of Matthew’s death. You gave me this tragic and beautiful storyline with Tom Branson holding a baby he loves while trying to fit into a world that is not his. Go you. All these things are great.

What has Anna’s rape done for the story, except sensationalize the reality of sexual violence that happens to someone in the United States once every two minutes, or an estimated total of 237,868 people per year?  What has it done except force her pain and suffering and abuse into the limelight, glamorizing and dramatizing the very real pain of sexual assault and violence that an estimated 35% of women in the world have gone through?

Don’t tell me that you’re trying to raise awareness. The only possible constructive message to be taken from this scene is that rape is “a thing that happens.” Women are already very aware.

You’re trying to get people to talk. You’re appealing to an audience you think you have that glories in violence and sex and rape and murder and torture and vulgarity and violence and nudity, because that’s what modern culture tells you people are into these days.

I can’t even think of a show within the past five years that hasn’t featured murder, death, assault, or sexual violence of some kind. Some of these are dealt with tastefully, some of these are not. But this isn’t ancient Rome, and I don’t need to watch somebody be fed to the lions to be entertained. 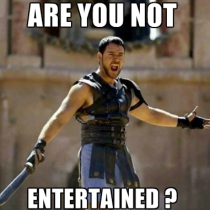 I think it’s possible to make a show where the drama comes from the human interactions on-screen. And so far, Downton, you’ve done a great job with this. If you want to have cruelty and underhand manipulation, do it like you’ve been doing it with Thomas Barrow. He’s my secret second-favorite character, which I realize is weird, but you know why? Because he’s a villain and he does evil, seemingly purposeless things, but they’re not exploitative or sensationalized or gut-wrenchingly awful, and his motivations are there and waiting for me to parse them. I think of him as an Edmund figure from King Lear (please humor me, non-English-literature-people): I can’t justify anything he does, but I can see why he would behave that way. And it’s just soul-wrenching enough that I can sympathize with him, and I want things to work out for him in the end. Treat your villains as people and your victims as people, not as mindless rapists and plot devices. It’s just offensive to everyone involved.

So, Downton Abbey, the ball’s in your court. I realize that Season 4 is already done filming, and that it’s already aired in the UK, and that you’ve probably already set the script for Season 5. And I will continue cheering from the comfortable sidelines of #TeamBranson, but it’s my responsibility to hold the things I love accountable.

As Dame Maggie Smith would put it, if she had access to the internet: “I’m a media-literate feminist, Mary, I can be as contrary as I choose.”

All I’m saying: just think about it. It didn’t work.

Until next Downton Day,